data - There are several words with Latin or Greek roots whose plural forms ending in A are constantly mistaken for singular ones. See, for instance, criteria and media. “Datum” is so rare now in English that people may assume “data” has no singular form. Many American usage communities, however, use “data” as a singular and some have even gone so far as to invent “datums” as a new plural. This is a case where you need to know the patterns of your context. An engineer or scientist used to writing “the data is” may well find that the editors of a journal or publishing house insist on changing this phrase to “the data are.” Usage is so evenly split in this case that there is no automatic way of determining which is right, but writers addressing an international audience of nonspecialists would probably be safer treating “data” as plural.

daring-do - DERRING-DOThe expression logically should be “feats of daring-do” because that’s just what it means: deeds of extreme daring. But through a chain of misunderstandings explained in the Oxford English Dictionary, the standard form evolved with the unusual spelling “derring-do,” and “daring-do” is an error.

damped / dampened - When the vibration of a wheel is reduced it is damped, but when you drive through a puddle your tire is dampened. “Dampened” always has to do with wetting, if only metaphorically: “The announcement that Bob’s parents were staying home after all dampened the spirits of the party-goers.” The parents are being a wet blanket.

Squid are indeed usually damp in their natural environment, but the popular British expression describing a less than spectacular explosion is a “damp squib” (soggy firecracker).

dairy / diary - A common typo that won’t be caught by your spelling checker is swapping “dairy” and “diary.” Butter and cream are dairy products; your journal is your diary.

Meaning of Rough Around The Edges

Rough Around The Edges

Example-This old truck's a little rough around the edges, but it's still the most reliable vehicle I've owned.

Meaning of On A Lark

Meaning-On a whim or fancy; for fun or as a joke

Example-On a lark, we all decided to ditch our Friday classes and drive to New York City for the weekend.

Meaning of Keep A Cool Head

Example-I don't know how you manage to keep such a cool head in such a hectic, stressful office!

Meaning of It Takes All Kinds

It Takes All Kinds

Meaning-the world is made up of many varieties or types of people, so you should not judge people who are different from you.

Example-I don't understand a lot of the decisions Michael makes, but it takes all kinds to make a world, right?

Meaning-To make eye contact with one, typically in a way that is confident or without shame

Example-She couldn't meet my eye because she knew how angry I was with her.

But “calling the question” when done properly should be a rare occurrence. If debate has dragged on longer than you feel is really warranted, you can “call the question,” at which time the chair has to immediately ask those assembled to vote to determine whether or not debate should be cut off or continue. The motion to call the question is itself not debatable. If two-thirds of those voting agree that the discussion should have died some time ago, they will support the call. Then, and only then, will the vote be taken on the question itself.Potentially this parliamentary maneuver would be a great way to shut down windy speakers who insist on prolonging a discussion when a clear consensus has already been arrived at, but since so few people understand what it means, it rarely works as intended.Chairs: when someone “calls the question,” explain what the phrase means and ask if that is what’s intended. Other folks: you’ll get further most of the time just saying “Let’s vote!”

This expression, meaning “diagonally opposite,” was formed from a misspelling in English of the French word quatre (“four”) prefixed to “corner.” Although the word has nothing to do with cats or kittens, in various dialects all three spellings are acceptable: “catty,” “cater” or “kitty.”But unless you have somebody holding your golf clubs permanently stationed in the corner of your room, you shouldn’t use the spelling “caddy corner.”

cache / cachet - “Cache” comes from the French verb cacher, meaning “to hide,” and in English is pronounced exactly like the word “cash.” But reporters speaking of a cache (hidden hoard) of weapons or drugs often mispronounce it to sound like cachet—“ca-SHAY” —a word with a very different meaning: originally a seal affixed to a document, now a quality attributed to anything with authority or prestige. Rolex watches have cachet.

cacao / cocoa - Technically speaking, the plant is called a “cacao tree” and the seeds and the chocolate powder made from them are called “cocoa.” These spellings are often swapped, but in contexts where botanical names matter, it’s better to stick with “cacao tree.”

Neither of these should be confused with “coca,” the source of cocaine.

How To Use Shall In English Grammar | Usage of Shall

How To Use Shall In English Grammar | Usage of Shall

We don't use 'Shall' very frequently in modern English, particularly in American English.

It is used to make offers and suggestions and to ask for advice.

You only really need to know that about 'shall' in modern English. Read the rest of this only if you want to know more about how some older speakers still use 'shall'.

Formerly, in older grammar, 'shall' was used as an alternative to 'will' with 'I' and 'we'. Today, 'will' is normally used. When we do use 'shall', it has an idea of a more personal, subjective future.

Notice that the negative of ' shall ' can be ' shall not ' or ' shan't ' - though the second one is now very rare in American English.

Independent clauses are clauses that express a complete thought. They can function as sentences. For e.g. 'Ram left to buy supplies' is an independent clause, and if you end it with a full stop, it becomes a sentence.

Dependent clauses, on the other hand, do not express a complete thought and thus cannot function as sentences. For e.g. 'When Ram left to buy supplies' cannot be a sentence because it is an incomplete thought. What happened when Ram went to the shop? Here, 'when' functions as a 'dependent marker word'; this term refers to words which, when added to the beginnings of independent clauses or sentences, transform them into dependent clauses. Other examples of dependent marker words are after , although, as, as if, because, before, if, in order to, since, though, unless, until, whatever, when, whenever, whether, and while.

Dependent clauses, thus, need to be combined with independent clauses to form full sentences. For e.g., 'When Ram left to buy supplies, Rohan snuck in and stole the money' is a complete sentence.

Have' and 'has' are both used to denote possession, form the perfect tense, and the past tense of both is 'had', but they are used differently.

- pluralised nouns: Example :  ' Doctors have a rough time, dealing with illnesses all the time.'

2) Many speakers tend to get confused between 'There', 'Their' and 'They're' and knowing how to use these three words correctly is an important step in learning English.

The words 'There' and' Their' are homophones. Homophones are words that are spelt differently but pronounced the same. It is a common mistake to replace one for the other.

'There' always refers to a place, whether concrete or abstract, whereas 'Their' shows belonging or possession. 'They're, on the other hand, is the short form of they are

Let's look at these examples for each of them

How can anyone live there?

There will be a party tomorrow,

Let us buy their car.

Let us not go to their house.

They're sitting there in their car.

In this sentence, notice how 'there' is used to signify a place whereas 'their' is used to show possession. The word 'they're' is a contraction of the word 'they' and 'are' and should not be confused with 'their' and 'there'.

The dropped catch did not affect the result of the game.

The heavy rainfall affected the grains kept in the old warehouse.

The effect of the tsunami was devastating.

The side effect of the cough syrup was drowsiness.

Can is used in two cases:

To talk about ability.

I can finish my homework by 5 pm.

Can you finish your homework tonight?

To ask or give permission informally.

May is generally used to ask or give permission formally.

Let us take a situation between a student and a teacher.

May I drink water?

Teacher: Yes, you may.

Let us take a situation between two strangers.

May I borrow your pen?

5) The words, 'accept' and 'except' are homophones which are often confused by English speakers. 'Accept' is a verb which means 'to receive' or 'to agree'. Most of the time 'except' is used as a preposition which means 'excluding'.

The following examples will make the usage clear.

I can come with you on all days except Sunday.

Sanjiv accepted the allegation that he had cheated.

All the athletes except Anjali finished the race.

He accepted the invitation to the party.

Everyone except Shantanu was invited to the party.

6) The difference between these two words is a very simple one. They are the past tenses of two different verbs.

'Bought' is the past tense of 'buy': I bought a new car last week.

'Brought' is the past tense of 'bring': I brought him a glass of water.

The difference can be remembered easily too, as 'bring' shares its first two letters with 'brought' ('br').

Meaning of Put A Plug In

Put A Plug In

Meaning-To speak very highly of or enthusiastically endorse someone or something, as a means of marketing, advertising, or professionally recommending them or it.

Example-We're willing to pay you a generous fee if you put a plug in for our new product on your radio show tonight.

Meaning of Left, Right, And Centre

Example-Ever since the company started, we've had financial issues left, right, and centre.

Casual restaurants like to advertise “BAR-B-Q” and you often see the spelling “barbeque” and variations like “barbaque,” but the standard form is “barbecue.”

ball / bawl - To “bawl” is to cry out loudly, so when you break down in tears you bawl like a baby and when you reprimand people severely you bawl them out. Don’t use “ball” in these sorts of expressions. It has a number of meanings, but none of them have to do with shouting and wailing unless you’re shouting “play ball!”

Seven Ways to Support Healthy Blood Pressure During Pregnancy ( NewsUSA ) – Pregnant or planning a pregnancy? It’s time to think about yo... 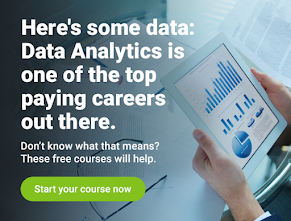